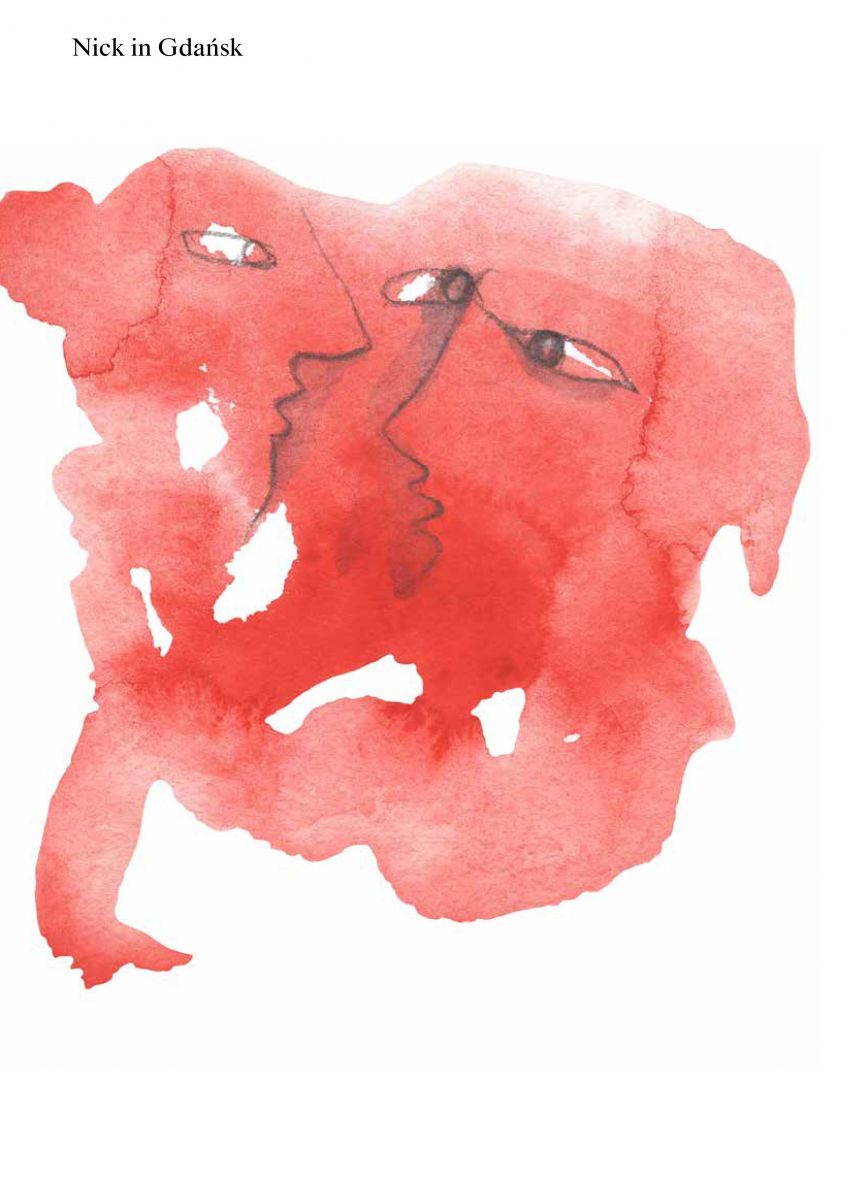 Nick Wadley was an art historian and artist, or as he would prefer to put it when asked what he did: he wrote and drew. The two activities corresponded. Drawings combining intensity and delicacy were matched by words, often multilingual, with layers of meaning exposed and introverted. These are paradoxical situations: funny and worrying simultaneously. The drawings find their way into his own books, some of which he published himself as well as onto postcards in which, with considerable frequency, the author becomes visible in the drawn line. Often the meaning of words in the drawings is replaced with something unanticipated, as if words could have another dimension or could be seen from a different point of view, as in this line: ‘now + here is nowhere’. The contents of the catalogue and the Nick in Gdańsk exhibition vary somewhat but both present the artist quite accurately. Both the catalogue and the exhibition are divided into themes. Entries marked NW were written by Nick Wadley. All others are by Jasia Reichardt.